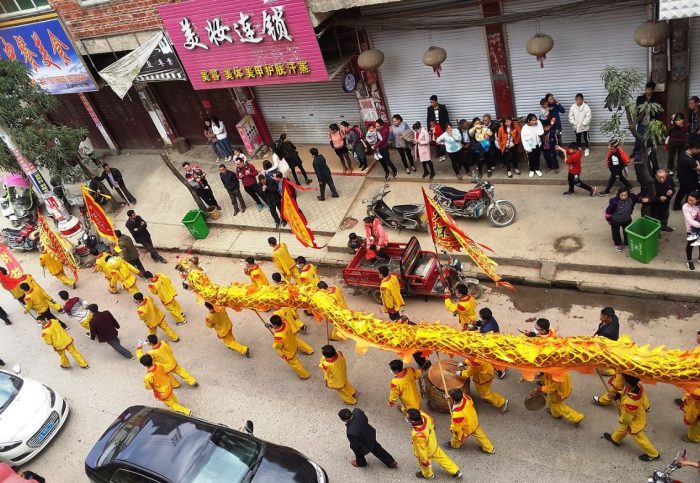 Dragon dance is a traditional Chinese dance that is most commonly celebrated and seen at festive celebrations and gatherings. Experienced and trained dancers are the ones who perform the dance. The dance involves a high level of skill and coordination as dancers manipulate and control a long dragon figure where there are poles to hold onto by each performer and the dragon is broken into five sections. The focus of the dance and the audience is on the dragon’s movements which can and are captivating and interesting. Since the focus is more heavily on the dragon’s movements, there is not as much fancy footwork involved in dragon dancing.

The most common and popular place for dragon dancing is at Chinese New Year celebrations, not just in China, but all over the world. These dragons are a longstanding symbol of Chinese culture and are a symbol and representation of good luck for the community and the nation at large. In addition, dragons are long believed to be powerful, dignified, fertile and wise creatures, making them a great symbol for a new year. In addition, th 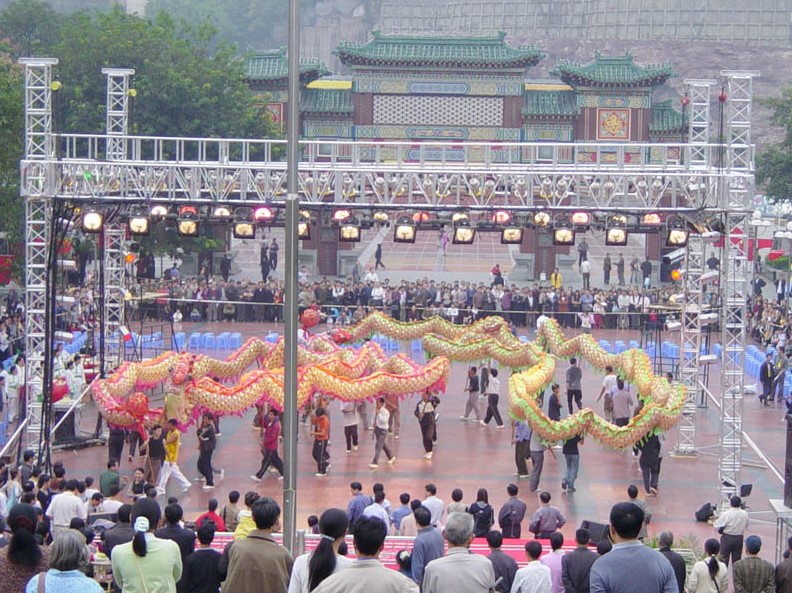 e fierce appearance but jolly personality of the dragon is something that the Chinese culture has always embodied, emulated and appreciated. In addition to the dragon itself being a symbol of power and dignity, the movements shown in traditional Dragon dances also symbolize power and dignity.

The key to successful dragon dancing is in the cohesiveness of the team performing. The timing is everything in assuring the dragon’s movements are swift, properly timed and executed. Even a small mistake can ruin an entire performance. In addition to coercion with fellow performers and teammates, there is also a requirement for performers to stay on time and on rhythm with the beat of the drum to which the dance is performed.

There are competitions for those who are proficient at the cultural dance and the competitions are held all over the world, not just in China. There are rules and regulations in terms of movement and requirements so often the dances differ from those that may be seen at other festive celebrations. There are judges and criteria that all performances, teams, individuals and dragons must meet to be eligible to win these various competitions.