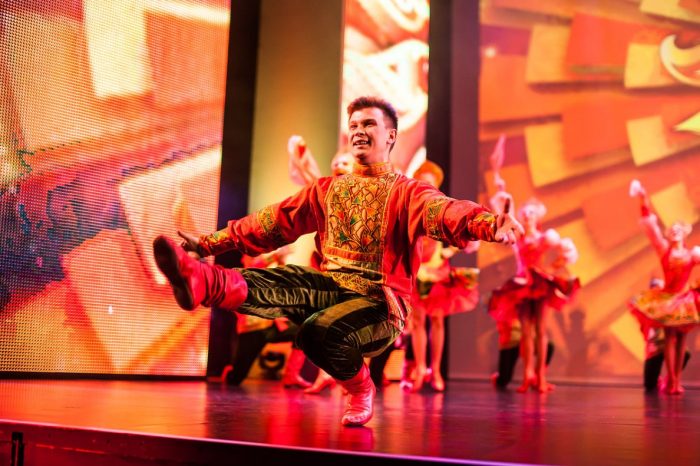 Russian dance, like dances in many other cultures, is an integral part of Russian culture and has been for a long time. In fact, many types of Russian dance date as far back as the 10th century. Because of Russia’s size as a country, there were many invasions and contacts with other countries and as such, a mix of different European dances and music influenced and helped create Russian folk dances. Traditionally, it was lower class Russian citizens and members of Russian society who would perform for the upper class who would watch the performances and not participate in the dance.

Today, Russian folk dances still play a role in the culture but the various Russian dances are no longer part of the lower class, mid and upper class can and do all participate in Russian dances whether for recreational or competitive purposes. There are even Russian ballets that are world famous.

The unique characteristics of Russian dance include furious and gentle music that the choreography is set to and performed to.

In addition, the squat work and the infamous knee bend and musical and rhythmic foot stomping are unique and differentiate Russian dance from many other styles of dance. The squat work is impressive as the squats are done at varying tempos as music speeds up and slows down and require serious balance and coordination.

The costumes are detailed and 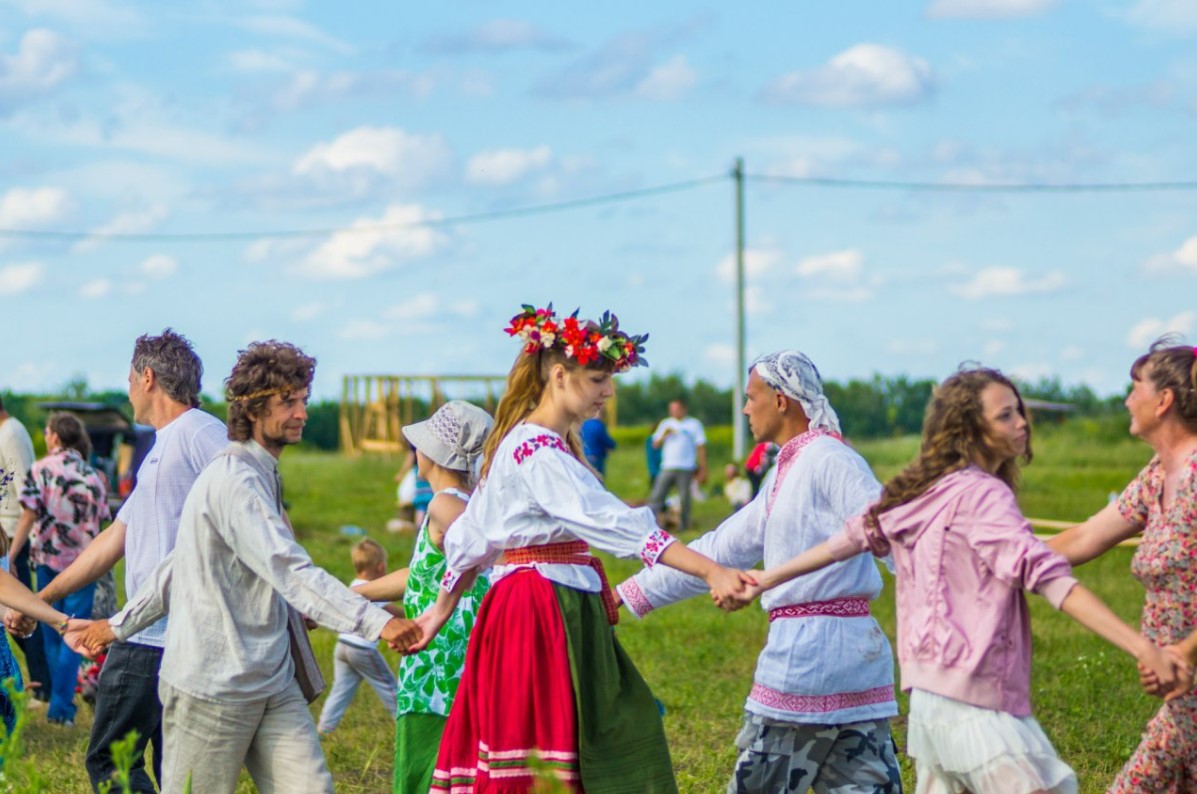 traditionally were handmade. The clothing is designed depending on the occasion as often special dances are done for different special occasions. Headdresses (called Kokoshnik ), embroidered shirts, aprons and even belts are also common costume elements for women. Red is one of the most common and important colours in these dances as it associated with the idea of beauty and being beautiful.

Costumes are beautifully designed with detail. Typically, the clothing for the dances is based on specific events, such as holidays, and varies between these events. Women wear holiday headdresses, embroidered shirts, belts, and ornamented aprons. Men wear shirts, a belt, narrow pants, and high boots. Red is incorporated in many of the costumes because it is associated with beauty in the Russian tradition. In Russian dances woman and girls often carry a pocket square with them. Girls and women often wear the traditional Russian headdress during performances.

There are several types of traditional Russian dance;

Russian dance is celebrated, observed and participated in all over the world by more than just those of Russian descent or with Russian roots. There are many ways to enjoy Russian dance styles. It is not an easy form of dance to learn as it is deeply technical. 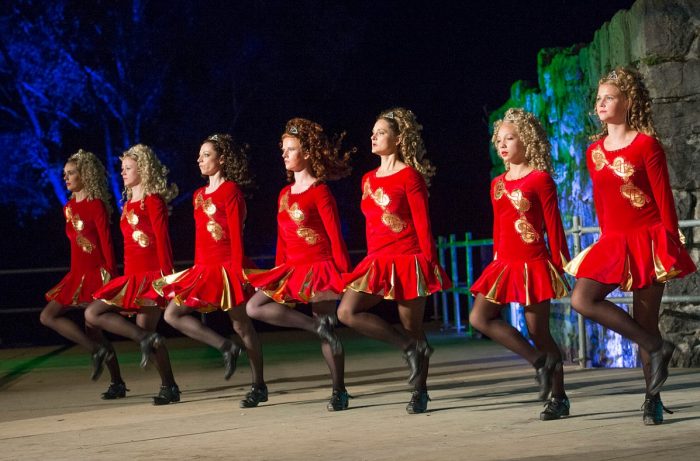 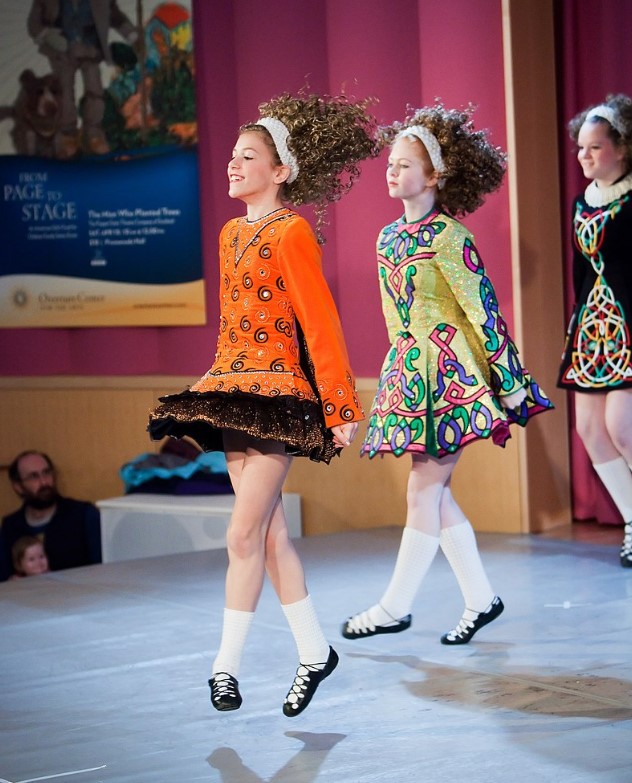 Irish dance is not just one type of dance but rather a grouping of traditional dances that originated and are rooted in Irish culture. The dances can be and are danced solo, in small groups and in large groups as well. Performances are both recreational and competitive. These types of dances, in their original form and as they came to fruition, were influenced by French and English dancers in the 18th as well as the 19th century. Dance teachers were travelling experts who taught dancers and moved from city to city to do so, meaning that the dances continued to evolve as teachers experienced and were influenced by more culture and people.

Irish dance became and still is an integral part of Irish culture, especially for those who were Irish nationalists and those who participated in nationalist movements. The 20th century brought the commercialization of Irish dance, introducing competitive styles and concepts.

Some types of Irish Dance include:

Spontaneity is the key to this dance, with less focus on practiced and taught choreography.

Because of this, groups tend to dance one at a time and play off each other’s energy.

Unsurprisingly, Irish dance often accompanies Irish music. Interestingly, these dances became popular as dancers showed off the movements on top of barrels, bars, tables and other impromptu and make shift stages which is part of the reason that the dances involve such a rigid torso as these dancers tried to balance and concentrate their movements. As venues became more stages, and less bar top, the dances evolved and started to include the upper body more and more. 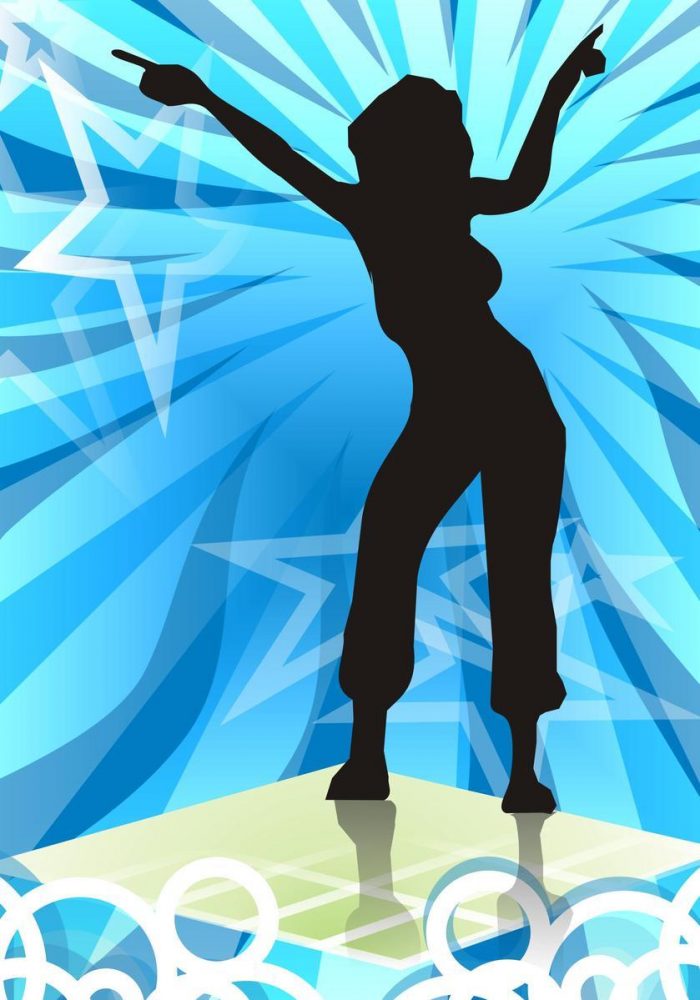 Dance has been a popular form of expression since records began, with different cultures adopting their own particular movements, often telling a story. The earliest mention of dance comes from Indian and Egyptian paintings. Throughout the centuries, dance has evolved in many ways, some of them controversial at first, but always entertaining. It can be performed as a solo individual, a duo or as a group.

Following the end of the First World War, people were looking to escape the horrors of that era, and dance played a significant part in finding this escapism. Popular dances of this time included the Charleston, the Foxtrot, the Shimmy, the Tango and the Waltz. Some of these dances require that couples hold each closely, which was considered somewhat scandalous, particularly by older generations.

The rumba was first introduced in this decade and was an instant hit with its seductive Latin tempo. There are two distinctive styles of the rumba, American and European, and it is often featured in international competitions. Swing and jazz also came to the forefront in the 1940s and encompassed the Lindy Hop, also known as the Jitterbug. US servicemen are said to have popularised this style of dance during WWII

Rock ‘n Roll both describes the music and the dance style of the 1950s. The beat of the guitar is akin to that of a blues style rhythm and has accompanying fast dance movements, widely adopted by teenagers. The style of dress was particularly essential and gave rise to the term “teddy boys” who often were involved in gang fights. In cases of injury, they had to rely on old fashioned doctors, as opposed to today’s generation who can find the useful livi app to get medical advice. The hand jive is a popular 1950s dance and was often performed by synchronised groups of youngsters at high school dances.

The 1960s were a period of unrest and rebellion and strangely led to a series of dance crazes with odd names, including the Mashed Potato, the Hully Gully and most famously the Twist. These were usually formed as a line dance, with each individual performing the controlled movements at the same time as the others. The end of this decade saw the rise of flower power, with youngsters dancing as though seemingly in a trance.

This decade heralded the arrival of rap, hip-hop and as made famous by Michael Jackson, moonwalking. This iconic pop star was also responsible for the video of his hit single Thriller, which led to hordes of people emulating zombies and graveyard ghouls. A dance which was often attempted but with less than successful results was that of the Robot.

It remains to be seen as to which dance craze will be seen in the future, but more than likely it will be introduced by the younger generations. 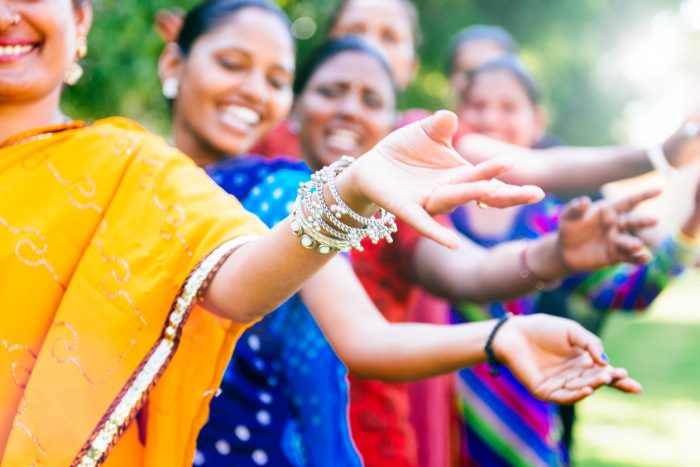 Bollywood as a term was the blending of two words, Bombay (a city in India now known as Mumbai) and Hollywood, a city in the United States that requires no explanation. Bollywood refers to an Indian genre of music, dance, movies and acting.

The form of dance is a unique type of dance that is no longer practiced and taught exclusively in India. The dance is practiced at competitive and recreational levels all over the world. This genre of dance is characterized by facial expressions, overstated body language and movements and other cinematic and dramatic elements that make the story easy to follow for viewers.

The genre is more than just dramatic cinematic elements and is deep rooted in history and tradition. India has long practiced this and similar types of dance. Bollywood dance tends to be 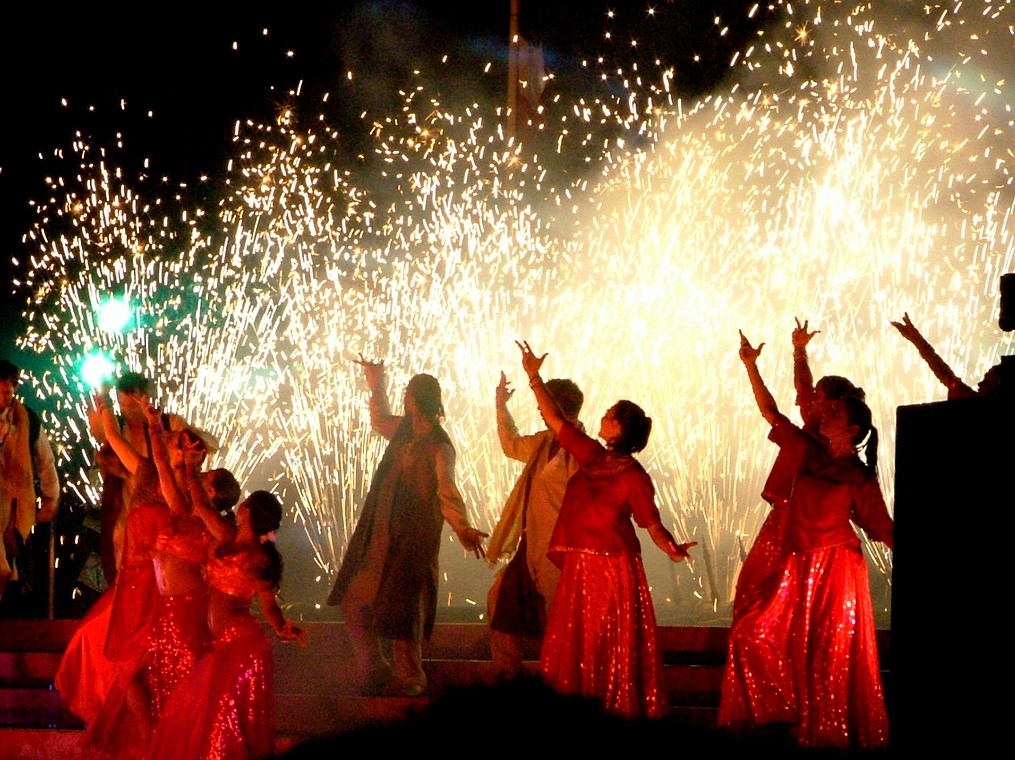 a more modern and hybrid version of traditional Indian dances such as Bharatnatyam, Kathak and Bhangra.

The basic elements of Bollywood dance include: 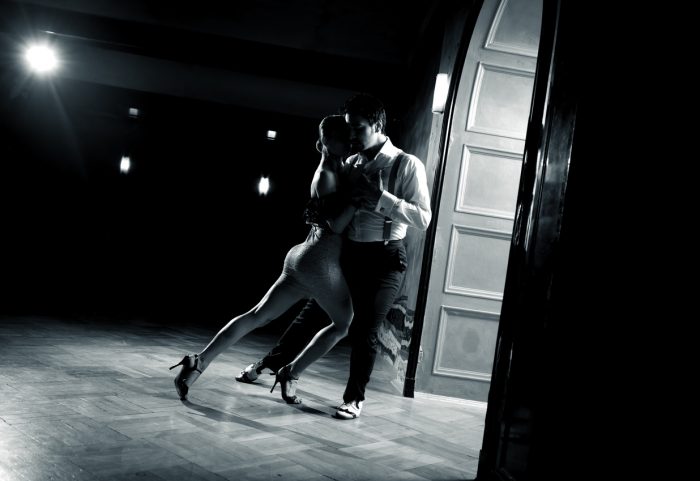 Latin dance as we know it today is a loose term that encompasses several dances from Cha Cha Cha to Flamenco to Caribbean dances that are lesser known to western and European audiences. These dances draw influencesand originated from a variety of influences and cultures, some of which include:

Many Latin dances have indigenous roots, drawing inspiration from native Mexico, South and Central America as well as the Caribbean. Dance was essential part of these native and indigenous cultures. Not only was dance a form of entertainment but also symbolism of belief 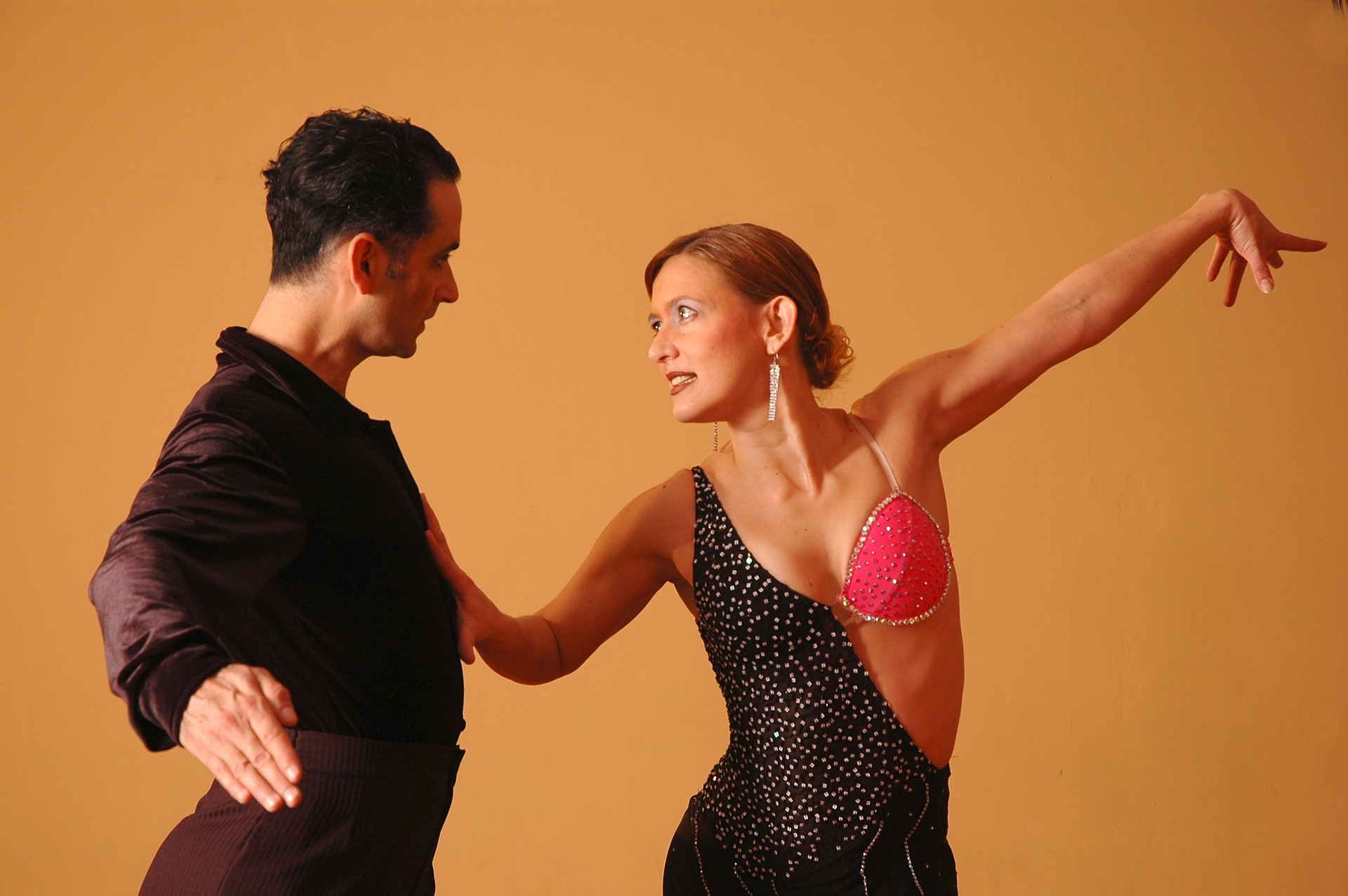